Upon setting our 300mph record, BUGATTI accepted one major drawback: the Ehra-Lessien test track is 50m above sea level unlike other higher-altitude locations for high-speed runs such as Nevada.

“With this record, Bugatti has once again shown what we are capable of – despite the enormous hurdles,” says Stephan Winkelmann, President of Bugatti. “After all, we’re not just the first manufacturer to produce a car that goes faster than 300 miles per hour – at 304.773 mph (490.484 km/h). We also did this on a test track that has a major drawback when it comes to speed tests.”

There are four crucial factors when it comes to making a record attempt: the vehicle, the track, the location and the weather. “All four have to be right and perfectly prepared so that everything is coordinated. The only thing we can’t influence is the weather,” says Stefan Ellrott, Head of Development at Bugatti. With so much power, maximum safety must beensured. The Ehra-Lessien high-speed track in Lower Saxony is the only place inthe world where such high safety standards are applied to record attempts. The21-kilometre three-lane high-speed track is lined with crash barriers, andrescue services are available at the north and south ends. Special mats areused to clean the carriageway before each test. “Safety is our top priority. Wedid everything we could in advance to minimise the risk to our test driver,”says Stefan Ellrott.

But Bugatti had to accept one majordrawback: the test track in Ehra-Lessien is 50 metres above sea level. Unlikehigher-altitude locations used for high-speed runs in the pastsuch as inNevada, the higher air density of 1013.25 hPa is almost the same as at sealevel.

Thehigher the track, the lower the aerodynamic drag

As the distance from sea level increases,the air becomes thinner and the number of molecules in the air per unit volumedecreases. The reason for this is the air pressure gradient in the atmosphere,because the upper air layer masses act on the lower air layer masses. Themolecules of the lower air are compressed more than in the higher-altitude air,so the pressure is higher. The air pressure drops by about 1 hPa every 8metres: at 1,000 metres it is only about 88 percent of what it is at sea level,approx. 890 hPa. An exact mathematical description of the pressure curve is notpossible, however, due to weather dynamics and other factors.

As air pressure and air density decrease,so does aerodynamic drag. Objects such as cars, airships or aircraft requireless power. At an altitude of 5,000 metres, the density drops by about half,thereby halving the drag. To put it simply, the car has to apply more force atsea level to drive through the air than if it were travelling at an altitude ofaround 1,000 metres. 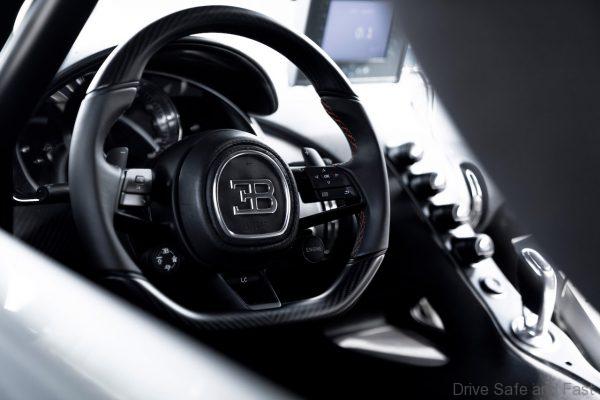 “However, this reduced Reynolds number is still so high that the drag coefficient does not change compared to what it is at sea level. Since the dynamic pressure is again proportional to density, the drag force at an altitude of 1,000 metres is about 10 percent lower than at sea level,” says Professor Dr. Wolfgang Schröder, Head of the Institute of Aerodynamics at RWTH Aachen University.

At a speed of around 300 mph or 500 km/h, the Reynolds number increases in linear fashion with speed; in the case of an increase from 400 km/h to 500 km/h it increases by 5/4. At speeds in the range of 300 mph, the compressibility of the fluid also plays a role, something that tends to be negligible at lower speeds.

On the other hand, the influence of gravityis no longer relevant. However, it is negligible that the oxygen content in theair – important for the combustion of fuel in the engine – is also reduced from21 to around 19 percent: perfectly tuned turbochargers press more air into thecombustion chambers.

“Our calculations have shown that we wouldhave been around 25 km/h faster in Nevada,” says Stefan Ellrott. But Bugattidecided against this option nonetheless. “Safety comes first at Bugatti. Theroute in Nevada is very long and only goes in one direction: security forceswould have taken too long to get to the scene in an emergency. In addition, thetrack has a slight gradient of about three percent. It wouldn’t have felt rightto set a record there.”

But Bugatti set this world record in spiteof the less favourable air pressure conditions. An enduring achievement. Withthis new world record, Bugatti will also withdraw from the competition toproduce the fastest serial production cars. “We have shown several times thatwe build the fastest cars in the world. In future we shall be focusing on otherexciting projects,” says Winkelmann.