The facelifted Proton Iriz has been officially previewed a month after official photos of the car were distributed. Proton’s B-segment hatchback is getting a few important updates with some 367 changes over the previous 2017 update model. Changes under the hood are said to be minimal. Just a few tweaks to the refinement of the car’s NVH. It’s still being offered in three specifications (Standard, Executive, Premium), with 2 engine options (1.3L and 1.6L) and 2 transmission options (5-speed manual, CVT automatic). The Proton Iriz will feature the new design elements first seen on the X70. This includes the Infinite Weave pattern and Ethereal Bow design on the grille. In short, you’ll now find a large chrome piece of garnish running across the front of the Iriz as well as a new intricate grille pattern. The front headlights are no longer halogen projectors. Instead, they now share the halogen reflectors that are on the Persona as well as a bold new front bumper with LED DRLs and a lower radiator grille. The rear now features a large plastic cover to give a two-tone effect. This plastic piece has “P R O T O N” spelt out on it in place of the brand’s badge. The rear bumper has been redesigned too. The ‘Iriz’ badge has been reimagined too, with an emphasis on the letter ‘R’, perhaps alluding to Proton’s R3 department. New alloy rims and a sharkfin antenna round up the changes to the car. The Iriz will feature an all-new head unit with an embedded eSIM card, which enables music streaming, navigation and voice recognition. The head unit has a 7″ full-colour display and 16GB of memory and can be used as a mobile hotspot just like on the X70. Phone mirroring with Android smartphones will be available too. You can talk to it too if that’s your thing. 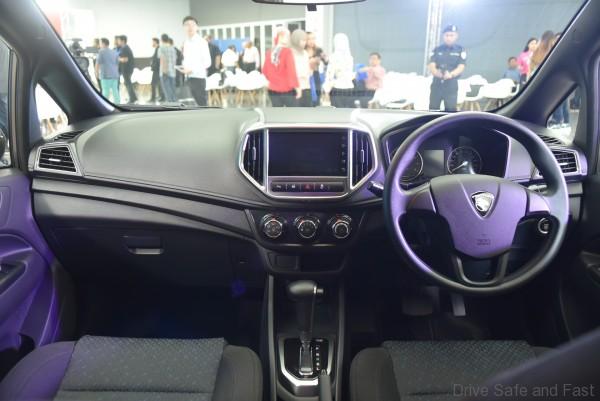 This limited ‘Flash Promotion’ will give those who book the car 2 years free road tax! Before you get too excited, consider this: it’s still only RM140 saved over 2 years on the 1.3-litre model and a major opportunity cost on the 1.6-litre model. 2 years of free 1.6L road tax=RM180. 2 years of MISSED fuel subsidies = RM720. Petrol subsidies will not be applicable for cars with engine displacements above 1500cc.