Polestar has just announced the start of its first coupe customers. Polestar is the Volvo Cars-owned electric performance car brand and they showcased the Polestar 1 at the Auto Guangzhou Show in 2018 and they kicked off its production on November 16 2018.

As the automaker’s first model positioned as a high-performance GT (grand tourer), the Polestar 1 is driven by a hybrid power system that pumps out 600PS and 1000Nm of peak torque and boasts a 150-km range in EV-only mode. the price of a Polestar 1 for the European market is 155,000 euros. 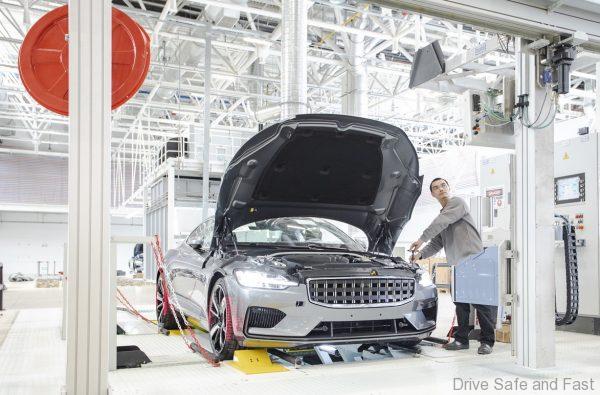 Could be a worry for Tesla, this Polestar brand Polestar was Volvo’s tuning division for performance models and also their motorsports vehicles. Polestar was most popular with Malaysians for its BTCC race cars and its Australian Supercars challengers. Today Polestar is a division of Volvo Cars under the ownership of Geely and its primary concern is the electrification of Volvo Cars. Yes, Volvo has taken its racing division and turned its expertise towards clean energy vehicles, with added power of course. Ready for customers who paid the 155,000 euro price

According to Thomas Ingenlath, who is Volvo’s design director, Polestar is Volvo’s “technological spearhead” that, after the Polestar 1 hits the market, they will produce only all-electric performance cars. The company is preparing for an early 2020 launch of the all-electric Polestar 2 crossover sedan, which bears a very close relationship to Ingenlath’s Concept 40.2 that has already been seen at motor shows. A full-sized Polestar 3 SUV will arrive after that.