The Proton Persona has received a facelift for 2019.

Most of the design changes were first revealed late last month. The P2-21A, 2nd generation Persona’s design has been altered in minor but meaningful ways. 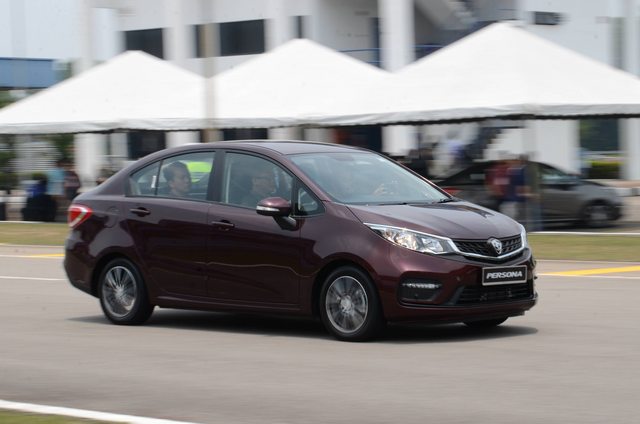 At the front, there’s a new grille and bumper. The infinite weave pattern and ethereal bow are now featured here in their own unique way. LED daytime running lights are now a part of the Persona’s face.

From the rear, the ‘PROTON’ name is emblazoned across the boot lid. The lower bumper garnish and spoiler are new too. The facelifted Persona features a new 15″ aluminium wheel design and a shark fin antenna as well.

Inside, the gear selector knob has been changed, as have the instrument cluster and infotainment unit. It can now accept voice commands and other similar functions, like smartphone mirroring, found on the facelifted Iriz and X70.

And just like the facelifted Iriz, Proton are conducting a ‘Flash Promotion’ for online bookings. You can book the new Persona online for just RM9.99 before the 22nd of March 2019 (which is now the last day of the Iriz’s Flash Promotion). Right now, the website doesn’t seem to show the Persona’s online booking form, but this might change tomorrow.

Unlike the Iriz, Proton haven’t indicated if they’ll be paying for anyone’s road tax this time around.

50 Shades of Car Paints: The How’s and Why’s

The Future Hypercar: Mercedes-AMG ONE